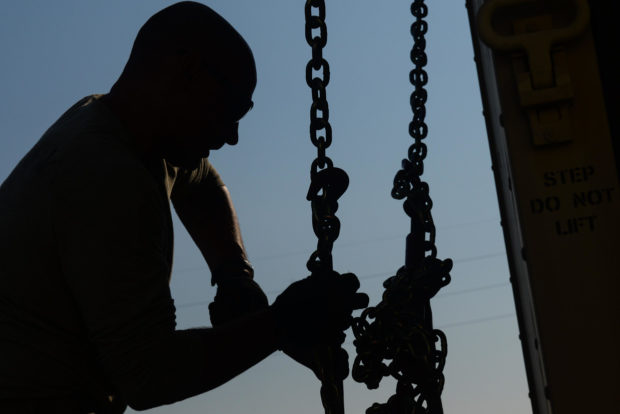 As blockchain exits the hype cycle, says Lord Holmes of Richmond, governments are getting serious about regulating and deploying it – finding uses in public and financial services

Amara’s law states that we tend to overestimate the impact of a new technology in the short term but underestimate it in the long term. The Fourth Industrial Revolution has given us a wealth of new technology to test this principle: the Internet of Things, big data and artificial intelligence to name a few. But it is distributed ledger technologies (DLT) – of which blockchain is an example – on which I’d like to offer a few predictions.

I’ve been banging on about blockchain for a while. I published Distributed Ledger Technologies for public good: leadership, collaboration and innovation in 2017 and I remain as positive about DLT as I was then.

There is great possibility in the realm of cryptocurrencies as well as in areas such as health, mobility, energy, supply chains and more. But a pressing need remains for a better understanding of potential – and potentially transformational – use cases.

One interesting application likely to gain traction this year is that of Central Bank Digital Currencies (CBDCs). We could well see China’s digital yuan being launched to the public in 2020, and India and South Korea are also likely to start trialling their own CBDCs in the near term. Indeed, India’s draft National Strategy on Blockchain, published earlier this month, recommends that the government and Reserve Bank of India launch a Central Bank Digital Rupee.

Outside Asia, the World Economic Forum’s CBDC group of around 45 Central Banks is likely to move the debate on. And in the UK, it is more than helpful that the next Governor of the Bank of England, Andrew Bailey, has served as chief executive of regulatory body the Financial Conduct Authority. A close-knit relationship between the two organisations should flourish in 2020 and beyond and could lead to faster progress being made on cryptocurrencies. Ultimately, I expect to see several countries legitimising digital currency.

As for Facebook’s attempt to dazzle us with its own cryptocurrency, the Libra, it may either end up more like a debit card-style mechanism, or never come to light at all. Bitcoin wallets through Facebook owned WhatsApp could prove more likely to be a breakthrough application that instills faith in the technology. But it’s clear to me that concerns about the influence Facebook exerts over democratic processes are not going away any time soon.

When it comes to non-currency blockchain applications, exploration is taking place in the realms of cross border trade – DLT could be used to guarantee farm to fork assurance of provenance, for example – and smart contracts.

I expect the latter to develop at pace this year, particularly in relation to ports, shipping and aviation. Perhaps most uplifting, though, DLT could provide a boost to the democratic process itself, and not just through voting experiments – such as allowing citizens to vote electronically, as is planned in Utah for the US presidential election in November – but also in tackling the fake news which is polluting our political and public discourse.

More broadly, progress is being made on interoperability and regulation. Although there are significant differences between major DLT platforms such as Quorum, Fabric and Corda, there is a push for research into how assets on different chains can co-exist, and a dialogue is underway on the collaborations necessary to make interoperability possible.

When it comes to regulation, the US state of Wyoming – which aims to be a haven for blockchain companies and investors – has formulated a model in which digital assets are separated into three distinct categories, clarifying the difference between virtual currencies and ‘digital securities’ and deeming them all intangible personal property. This provides a framework for the adoption and use of blockchain in the state, and is an approach likely to be followed by other jurisdictions.

Wyoming has also created a charter for a special purpose institution to serve the banking needs of blockchain innovators and is itself using DLT for the maintenance and management of public land records. Meanwhile, Germany has published a blockchain strategy outlining priorities such as use cases around digital identity and the intention to make the country “an attractive hub for the development of blockchain applications in business and public administration”.

All told, it’s been quite a rollercoaster watching DLT move along the hype cycle. My prediction – also very much a hope – is that as the hype fades, steady progress will be made, and it appears I am not alone in my continued optimism: as Chinese president Xi JinPing said last autumn, “blockchain is the future”.

In my 2017 report, I tried to avoid the pitfalls of Amara’s law – neither overestimating DLT’s impact by claiming it was a silver bullet, nor underestimating its potential by refusing to get excited about the opportunities. I still believe DLT is worth significant exploration and experimentation. And more than two years on from my initial report, it is as true today that deploying DLT for the public good will take effective, courageous, purposeful leadership, collaboration and innovation.

Writer: Lord Holmes of Richmond is vice-chair of the UK’s All-Party Parliamentary Group (APPG) on FinTech, and co-chair of the APPGs on the Fourth Industrial Revolution and Blockchain.