With help from Ryan McCrimmon, Catherine Boudreau and Doug Palmer

Editor’s Note: Morning Agriculture is a free version of POLITICO Pro Agriculture’s morning newsletter, which is delivered to our subscribers each morning at 6 a.m. The POLITICO Pro platform combines the news you need with tools you can use to take action on the day’s biggest stories. Act on the news with POLITICO Pro.

— The Agriculture Department expects farm exports to grow by $4 billion this year, reaching $139.5 billion overall. But the numbers come with a big asterisk: They don’t reflect China’s promise to start buying massive sums of U.S. farm goods over the next two years.

— The FDA is rolling out a new food safety plan next month, a top official told POLITICO. The agency’s goal is to reduce rates of foodborne illnesses by modernizing its technology.

— 2019 was overall a rough year for many hemp farmers figuring out the new industry, and USDA doesn’t believe hemp can be an economic driver in every state.

A message from POET Biofuels:

HAPPY FRIDAY, FEB. 21! Welcome to Morning Ag, where your host wishes a huge congratulations to our very own Helena Bottemiller Evich, who received a prestigious Polk Award for her reporting on how USDA has failed to address climate change. Send tips to lcrampton@politico.com and @liz_crampton, and follow us @Morning_Ag.

USDA SEES AG EXPORTS UP IN 2020, BUT NOT BIGLY: The department’s top economist predicted agricultural trade will “return to normal” this year, with farm exports to China rising from $10 billion in fiscal 2019 to $14 billion in 2020, Pro Ag’s Ryan McCrimmon reports. So what about China’s promise to import at least $40 billion in U.S. ag products under the new “phase one” trade deal?

USDA Chief Economist Robert Johansson, in his presentation at the department’s annual Agricultural Outlook Forum, said the forecast “reflects public information available right now on phase one.” He later added that “the calendar year phase one commitments are not reflected in the fiscal year calculation completely.”

But Secretary Sonny Perdue later told reporters at the event that China’s import commitments were “not included in those [estimates] in that way. We expect to exceed that, certainly.”

The coronavirus is adding even more uncertainty to the trade outlook. Johansson said the outbreak in China is causing “many disruptions in shipping and supply chains.” And he warned of “intense” competition from Brazil and other nations expanding their crop production.

Sunny outlook: Still, Johansson said there are “more hopeful signs” for the farm economy in 2020 after a brutal stretch for producers bruised by President Donald Trump’s trade war and historic flooding across the Midwest last spring. USDA expects corn and soybean acreage to rebound by 5 percent and 12 percent, respectively.

FDA TO ISSUE NEW FOOD SAFETY PLAN NEXT MONTH: The agency plans to roll out its Blueprint for a New Era of Smarter Food Safety in the first half of March, according to Frank Yiannas, deputy commissioner for food policy and response. The FDA’s goal is to reduce rates of foodborne illnesses — which have remained flat in recent years — in part by modernizing the way the agency conducts investigations so it can more quickly pinpoint the origin of contamination, Yiannas said during an interview with POLITICO on Thursday.

He described traceability as the “Achilles heel” of the food system. It can be improved through new technology to track supply chains, such as blockchain, sensors and artificial intelligence. “Rapid traceability will allow us to get boots on the ground really fast … and do a root cause analysis,” he said. “When you show up months later, it’s too late. You may never uncover the route of contamination.”

The FDA has yet to explain how the romaine lettuce implicated in three E. coli outbreaks last year became tainted. The agency was able to identify a common farm with multiple fields among the outbreaks in the lower Salinas Valley. That investigation is still ongoing, and the FDA last month lifted a sweeping warning to consumers to avoid eating the green. The outbreak caused 188 illnesses but no deaths were reported.

Aside from traceability, the blueprint will also touch on data analysis tools that can help the FDA identify potential food safety risks, how the agency can adapt its work to evolving food supply chains — like e-commerce — and educating farmers, food companies and consumers about best practices to prevent foodborne illnesses.

The agency hasn’t estimated how much additional funding it might need to implement its new 10-year vision, Yiannas said, but Congress in the last two federal spending packages allocated money for tech-enabled traceability.

HEMP’S HOPES MAY BE OUT OF REACH: While industrial hemp has exploded since its legalization in the 2018 farm bill, the crop likely won’t emerge as a strong economic player in every state, concludes a new report from USDA examining state hemp pilot programs. In 2019, more than 146,000 acres of hemp were planted across the U.S. in nearly the entire country.

“As with other crops, it is not likely that hemp will be economically viable in every State,” according to the study from the Economic Research Service. “States that moved quickly to establish pilot programs were not leading producers of competing major field crops,” it found, and “growers are not likely to plant or process hemp if more profitable options exist.”

Tough times in Colorado: Speaking on Thursday at USDA’s 2020 outlook forum, Steve Silverman, Colorado’s deputy agriculture commissioner, said the 2019 hemp season was not a success for every farmer. The industry remains plagued with problems such as a patchy supply chain and challenges with harvesting and storing hemp that stand in the way of farmers making big bucks.

“People are losing more than they’re winning and in some cases, they’re losing big,” Silverman told a packed audience. Still, Colorado hemp farmers are putting their hopes in hemp. Silerman said there was a 40 percent increase in Colorado hemp registrants this January, compared with last year. 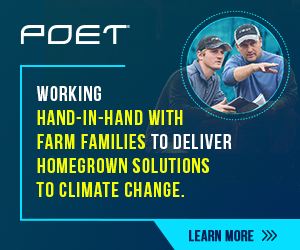 PORK PRODUCERS ‘VERY SKEPTICAL’ OF U.S., EU REACHING MINI DEAL: Nick Giordano, vice president for global government affairs at the National Pork Producers Council, told our Pro Trade friends that he was “very skeptical” the two sides would reach a mini agreement in coming weeks. The real goal should be a comprehensive trade pact covering all sectors, he said.

‘Stealing our jobs’: “It’s outrageous that a market of that size, with that level of income, is so closed to us,” Giordano said. “They are stealing our jobs because of their protectionism. And it’s unacceptable.”

He predicted there would be widespread support in the U.S. agriculture community for the Trump administration to take tough action against the EU if it doesn’t make meaningful concessions to open its market more to U.S farm goods.

CATTLEMEN SEE BIG, BIG SALES TO CHINA: The U.S. could annually sell $4 billion worth of beef to China within the next five years, as a result of the phase one deal and China’s meat protein shortage caused by African swine fever, said Kent Baucus, senior director of international affairs at the National Cattlemen’s Beef Association.

“We haven’t scratched the surface on the Chinese market,” Baucus told our colleagues at Morning Trade, referring to U.S. beef exports to China of just $86 million in 2019. “There is a tremendous unmet protein demand in China. And while China is culturally and historically more attracted to pork products, they may actually be the largest beef importer in the world now.”

Still, for U.S. exports to explode, China must meet some “pretty significant” deadlines over the next month, he said. Those include setting maximum residue levels for three synthetic hormones used in U.S. beef production and removing trade restrictions imposed after mad cow disease was found in a dairy cow in Washington state in 2003.

— Businesses are not optimistic that the U.S. and India will reach a mini trade deal when Trump visits the country next week, Pro Trade’s Adam Behsudi writes.

— Net business growth in rural counties has been nearly nonexistent since the Great Recession, finds a report from the Center on American Progress. Instead, growth has been mostly limited to the 20 largest metropolitan counties.

— JBS can’t verify that it doesn’t buy cattle from ranchers involved in deforesting the Amazon — a decade after promising to do so, The Guardian reports.

— Residents of McFarland, Calif., are protesting a private prison’s plans to operate an immigration detention center, the New York Times reports. Located in the Central Valley, the area is home to thousands of undocumented farm workers.

— Garlic prices are rising due to the coronavirus outbreak, The Wall Street Journal reports. As much as 80 percent of the world’s garlic supply comes from China, including more than two-thirds of the garlic the U.S. imports.

— Climate change is causing mountain snowpacks to rapidly disappear, contributing to a dramatic drop in the Colorado River’s average annual flow. The Washington Post has more.

A message from POET Biofuels:

We’re working hand-in-hand with American farmers to protect our health and our planet. Learn more about how POET is revolutionizing the future of renewable energy: poet.com/policy.